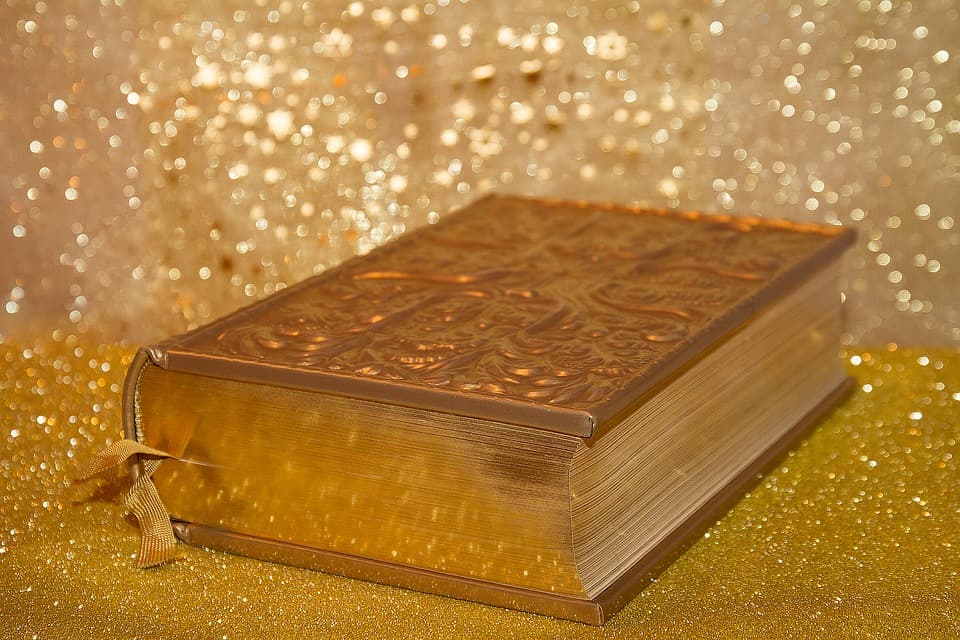 Every time i debate or even mention something that doesn’t go in favour of a particular religion or religions in general, people get riled up so soon .Pretty strange because the same people on hearing about a murder, incest, kidnapping or even rape react as if its routine..Well, that is alright because every individual thinks differently, perceives things differently and reacts differently..So nobody can impose ‘anything’ on anyone but when it comes to religion, imposition is somewhat implied and most of us hold the same common beliefs so we react the same way ..We fight..we kill..and we become some kind of bigots with the minimum tolerance level..Why is religion dividing us?
The recent killings in Nairobi are so sad..Why are people being killed in the name of religion? What is ‘Islamist Terror’? Or for that matter ‘Hindu Terror’ or ‘Christian Terror’..I mean how do believers of Islam, Hinduism or Christianity even take it? Don’t they feel awkward that something they believe in enormously, is being linked with a heinous thing like terrorism? Or is it in some way justified? If it is then its deadly and will one day destroy everything. The sad part will be, that the reason for which people around the world are ready for massive killings and bloodshed is very very futile. The reason being, “my religion is better than yours.” Seriously people what has gotten into you? Is religion even a thing to fight for? Wasn’t it supposed to be personal? Whatever happened to a personal spiritual connection with God? Whatever happened to humanity? Isn’t that what every religion essentially teaches us? Being good, being compassionate, being tolerant to any kind of belief and faith? What is the world turning into? Are we going back to the ‘Dark Ages’ because that was one time when religion was allowed to rule the world.

Personally i will any day, favour a man who even if , is an atheist but does good for humanity more than a so called religious man who kills without shame, without remorse and without fear. Religion was created by man – the most intelligent, the most ‘evolved’ species to instill some sort of discipline and control in each individual. From that moment (whenever that happened) until now we’ve changed a lot. The worst part is we haven’t progressed, we’ve digressed. Technology wise yes we have progressed, morally we’ve become worse than beasts because they at least have rules in the animal kingdom to kill their prey. We have none. In India, there was a recent scandal involving a God man with a mass following. He has charges of raping a 15 year old against him. Something like this makes us wonder that these people thrive because we make them thrive. If the charges against him are proved correct, what is going to happen to the crowds who can leave everything for believing in this man? In moments like these, the faith of believers in religion breaks into a million pieces.

Religion is the single most important factor for initiating wars. The Islamists even have a name for it – Jihad. Worst part, their war is an ongoing process killing millions of innocent lives each day. The term ‘holy war’ is such a contradiction since war can never be holy. In fact it is far from any kind of holiness. War is always about destruction. Killing hundreds of innocent people can never be holiness. Sad thing is religion and war somehow goes hand in hand. Religious intolerance is the single most important reason for war. We have so many examples – India/Pakistan, Israel/Palestine, Iran/Iraq etc. I’ll admit, at the grassroots level, religion seems like a good idea. Kind of harmless because its meant to provide a good deal of charity to communities. Also it might perform some advocacy roles which governments don’t. But the price the world is paying is a lot more than the benefits received. Before we continue, I’d like to mention that I’m not writing this post to specifically pick on any one religion. Almost all religions have the same attributes – Belief in a supernatural force, a virtuous code, and the need to spread truth to the uninitiated. The only religion that doesn’t fit the above mentioned criteria is Buddhism. Buddhism’s spiritual leader- The Dalai Lama, is quoted as saying “Don’t become a Buddhist. The world doesn’t need more buddhists. Do practice compassion. The world needs more compassion.” Can you ever imagine the Pope saying – Don’t bother becoming a catholic? Or a Muslim cleric saying – Don’t become a muslim.

God (if he exists) did not create religion, we humans did..the same humans who created alcohol, guns, warships, atomic bombs and now nuclear bombs too. Are we seriously the Almighty’s best creation as we proudly claim? Its one thing to have faith.That is nice but blind faith will destroy everything one day.I feel bizarre right now because i wasn’t really an anti-religious person until some time ago but now i’m turning into one and very very soon i’m going to turn into an atheist and proudly so .All thanks to the fundamentalists who have taken over religion and our ‘intellect’ too. We are losing logic and our rationale. I’m glad that i’m not a part of the blind crowd. I still have my ability to think, my ability to question. The sad thing is that people like me don’t get answers. People, let’s say ‘religious people, try to shut me down without providing answers.’ Not just me, every individual who is curious enough to know everything about the dangerous manoeuvring religion has been trying to do for millions of years. I need answers. Why doesn’t the Vatican allow a woman to be the supreme in command of their religion some day? Why doesn’t the Catholic church allow using contraceptives? Are they threatened? Why do the Abrahamic religions want to deem homosexuality as a sin? In this modern age, it is understood that homosexuality occurs naturally, not only in humans, but all the animal species. (Homophobia, however, only occurs in one…) And you know what? There’s nothing that happens between a homosexual couple that doesn’t happen between hetrosexual couples. Why are some propagandists of Islam killing people day in day out in the name of Jihad? Why doesn’t Hinduism allow women to enter temples when the women are on periods? What kind of a logic is that? I mean allow murders, rapists, any sort of criminals in temples but don’t allow a woman on her period? It’s just a biological phenomenon for procreating in the future.Worst part is we are people are blindly following all this.

I guess, now we are getting closer to what I believe to be the answer to the question: why is religion turning into something bad? As we learn more and more about the world in which we live, the need for a supernatural explanation for questions on where we came from and why we’re here has diminished. It’s known as the “god of the gaps” argument: if science can’t explain how something happened, then god must be the explanation. Two centuries ago God was the answer to almost everything but as Science progressed we started leaving our ignorance behind and developed a more rational approach. We began to question, and to seek answers. Bertrand Russell said once, “Religion is something left over from the infancy of our intelligence. It will fade away as we adopt reason and science as our guidelines.” It should be fading away, but it’s not. The fundamental and radical elements of religions are fighting back, literally recruiting the naive and the uneducated, brainwashing them, and discrediting the scientific knowledge to promote their supernatural explanations. For me, this is what makes religion so retrograde. Someone didn’t just wake up one day and “make up science”. Everything we take for granted today, started out as an observation, which became a hypothesis, which lead to experiments, repeated experiments, the results of which are eventually submitted for peer review. Should the results eventually pass peer review and get published, other scientists (hoping to disprove the results) analyse the data for years, looking for inconsistencies. Should a hypothesis survive this treatment, only then does it become a scientific theory.

So when I hear things like, “Evolution is only a theory” I’m just dumbfounded. What is the point some morons are making? I heard an Englishmen on TV say once, “it is only a theory, it’s good that they say that. I think, it gives you hope, doesn’t it? That maybe they feel the same way about the theory of gravity, and they might just float the fuck away.” That’s right, you know? There is just as much evidence for evolution as there is for gravity. Think about that for a minute. But something like the “creation” theory, on the other hand, does not stand up to peer review, no matter what you’ve learned in the church. The bible is not proof of anything. It’s a claim which people are forced to believe. If it were ever to stand up to scientific scrutiny, I’d be more than happy to look at it, but the simple fact is, it does not. The Dalai Lama has the right attitude about his religion. This is what his views are, “If science proves some belief of Buddhism wrong, then Buddhism will have to change.”But all other religions see science as a threat. But a threat to what? It’s a threat to their selfish interest, livelihood, and control over believers? Creationism is a last ditch effort for religion to remain relevant in an increasingly educated and secular society. While attempting to discredit the science, creationists only manage to muddy the waters, instilling enough doubt in the uneducated masses that their alternate theory might seem just as convincing..And therein lies the problem.

After centuries of scientific advancement, there is a movement afoot to drag us backwards so a supernatural belief system can survive another few years before finally fading into obscurity. Obedience without knowledge is slavery people. The slavery of religion is far worse because all you get for your pain and hard efforts in life is weekly ambiguous promises that one day you might get to heaven if you’re good. The problem with this is that no one is really sure what God considers to be good, so the followers spend their entire lives in a state of uncertainty. Religious followers put faith in religion’s teachings and then make a bunch of wild claims..And they do that because religious claims are so difficult to disapprove. They are difficult because it happened so long ago that all the witnesses are dead, and because God is basically a faceless entity.

If people think by following religious rituals exclusively and by going to temples, churches , mosques and the like , they’ve become some sort of goodish folks they are so wrong. Make the essential goodness in your heart ‘the biggest ritual’. Rest is obsolete. The best gift we can give to our next generation is A SAFER, RATIONAL AND A PEACEFUL WORLD. Do that. Stop the blind faith and stop justifying the teachings of your religion. Don’t turn into fanatics. Seek answers and most importantly – JUST TRY BEING MORE HUMAN!!