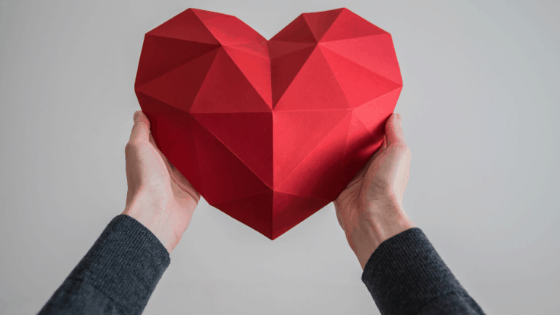 I am a woman. I am proud of my essential being. I am proud of the fact that i can create, bear and bring a new life to this world. Even the society around me is proud of me for being able to generate life. However there’s one thing which is ironical here – The world celebrates a woman for fertility , for life but shames her for the very phenomena that is responsible for her fertility in the first place. Yes, the world shames her for ‘menstruation.’ It’s the year 2015. The world is rapidly progressing and that too scientifically. Yet even in the year 2015 , a lot of women across countries, cultures, and religions are stigmatized when ‘that time of the month arrives.’ Sad part is that most people (women included) don’t even have a rational explanation for this regressive approach towards menstruating women. They do it because they have been following their ancestors or maybe because they are too unaware to question and find the answers. When i talk about people here, i do not mean some kind of tribal folks or people from rural backgrounds. Not at all. The urban folks are very much included. Folks that are literate( I’m not deliberately using the word education here because literacy and education are two very different things).

A woman is made to feel like some kind of an inferior ‘creature’ when she is on her period. In fact a lot of times women don’t even speak about it. They hush it up as if it’s some kind of a sinful act.  I’ve come across some bizarre practices followed by people .Not just bizarre but obnoxious and some times just foolish. Let me give you some examples : In a lot of households , a menstruating woman is NOT allowed to enter the kitchen, NOT allowed to eat pickles, NOT even allowed to bake cakes, NOT allowed to go to a temple for worship ( in case of Hinduism), NOT allowed to sleep on the same bed as her husband, definitely NOT allowed intimacy, is given a separate section of the house to reside , in some extreme cases. Not just Hinduism , every religion in the world puts restrictions on menstruating women (except Sikhism). In Islam, menstruating women are not allowed to touch the Quran, enter the mosque, offer the ritual prayer or be intimate with her husband for seven full days. The woman is also exempted from rituals such as daily prayers and fasting. The Jewish ‘Code of Law’ – The Halakha prohibits any physical contact between a man and a woman during menstruation.Likewise, in Christianity too (especially Catholic Christians) a menstruating woman is considered ‘unclean’ and ‘impure.’ So she’s not allowed to touch the Bible, attend Church Services or even touch raw food. Surprisingly, even a religion like Buddhism does not allow women to circumambulate around the Stupas during menstruation. The picture right above is that of a board in front of the main entrance of a reputed temple in Chennai. The priest of the temple has not even spelled the word ‘sanctity’ correctly and yet wants women out of the temple during ,”that time of the month.” Anyway, the retrograde rituals restricting a menstruating woman from eating, worshipping, moving to certain places and being intimate with her partner are practically the same across religions. I can quote the exact lines from the scriptures of the religions, I’ve mentioned above but it’ll take a lot of important space here. So being a Hindu by birth, i’d just like to explain the MYTH because of which people still want to remain irrational:

.. And this is the reason why people want to remain irrational ?? Like really ? Personally i find it extremely offensive to impose stigmatization on a woman during her period just because some people still want to follow a myth that is like a million years old. Menstruation is a NORMAL BIOLOGICAL phenomena due to which a woman’s Endometrium (The inner lining of the uterus) sheds every month along with the tearing of connective blood vessels through the female genitalia , which we call a period. Hence, getting a period is an innate part of being a woman. So why all the fuss , all the restrictions and the superstitions? It is because of menstruation that women can conceive a new life when they want to. It is because of menstruation that the human race will not go extinct. Yet , some people whom i call, ‘unevolved’ try to prove their prowess by restricting and imposing women. Annoying. More annoying than these unevolved morons are the women themselves who willingly want to be a part of this irrationality and have no hesitation in passing their dogmatic beliefs to the next generation.

The female body should not be ostracized for fertility. The procreative capacity of women is not to be seen as impure. It’s obnoxious to even think otherwise. When a young girl gets her first period, don’t make her feel inferior. Instead congratulate her for her beautifully transforming into a woman. Take care of her and more than anything else, make her aware of her body ( and i’m including both the parents here). I am stunned at the moral and religious hypocrisy of people. A man who might have just raped somebody, a man who might have consumed alcohol, a man who might have committed adultery, a pervert, a wife beater, a murderer, etc etc. everybody is allowed inside places of worship at all times EXCEPT a woman who is undergoing a BIOLOGICAL process every month that makes her  CAPABLE OF GENERATING LIFE when she wants to. So who should be shamed ? A menstruating woman or the people who want to stigmatize her ? Think about it and try not being a part of the latter. Be more aware and create that awareness around you . Start from your own homes and stand up for the women in your lives if they are subjected to this mistreatment. But most of all, women themselves need to celebrate themselves. All the women who shout out aloud for  being empowered, for starters STOP BEING EMBARRASSED for your body, which by the way is the only thing capable in this world of generating life. Womanhood is to be celebrated. !!

P.S : I feel so happy today that i was never subjected to any of the above mentioned rituals ever. i owe my parents a big THANK YOU since i live in a society that stigmatises a woman for just being a woman.