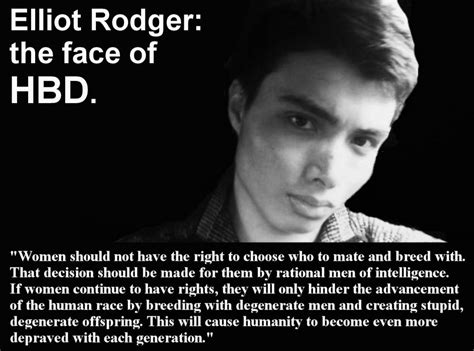 Last Week, a guy identified by the cops as Elliot Rodger – allegedly seeking ‘retribution’ against women whom he said, sexually rejected him, went on a killing spree in Isla Vista, California. He shot six people dead and injured seven others who are now in the hospital with severe gunshot injuries. Before the mass murder, 22-year-old Rodger uploaded several YouTube videos in which he is virulently ranting that he was a virgin and that beautiful women wouldn’t pay attention to him. The videos have now been removed by Google for violating YouTube’s guidelines that prohibit predatory behavior, stalking and threats. He also had written a 140 page long manifesto which the cops have recovered from his apartment. He titled it – ‘My Twisted World’ where his wish was to ‘“round up all the world’s women into concentration camps and exterminate them.” According to his folks, Rodger was seeking psychiatric treatment. Now to dismiss this as ‘only’ a case of a deranged, a lunatic or a ‘crazy’ man would be a mistake. It will gloss over the role that misogyny plays in a sexist society. After all, while it is unclear what role Rodger’s reportedly poor mental health played in the alleged crime, the role of misogyny is obvious.

Elliot Rodger was every bit the same as  other men who feel they have been ‘unfairly’ treated by women and are hence victims. They hold onto a sort of bitterness against society and women in particular (Irony is they never feel that maybe the rejection happens not because all women are bitches but because people like him try too hard to find validation from the opposite sex. They are needy. It doesn’t occur to them that their self worth cannot be associated with another person). These men are the same fellows who threaten women both online and in person with an excessively strong desire and need to control them. Men who feel that women owe them sexual gratification and submission. Sadly, they rack their brains out in aiming to do so and eventually ruin themselves. This is quite obvious in the Elliot Rodger case. When I was going through some of the videos which he had uploaded, it really bothered me that what is he scoffing that ‘evil’ laughter for? What was he thinking? Why so much disdain for humanity? The videos are extremely annoying. Besides the creepy grin, his reasoning and ranting was immature to the point of being obnoxious, and it is very sad that innocent people  have died at the hand of a spurned boy because they ‘did’ happen to have lives. How in the world did a 22 year old get the idea that society owes him anything? How did he expect that women will be available to him (as if women are dogs)?  And how did he feel that he “is the ultimate alpha male” to whom women must comply? In his last uploaded video, which he had named ‘The Retribution Video’, his thoughts are deplorable. Here are excerpts of what he has spoken there –

“…Tomorrow is the day of retribution, the day in which I will have my revenge against humanity, against all of you. For the last eight years of my life, ever since I hit puberty, I’ve been forced to endure an existence of loneliness, rejection and unfulfilled desires all because girls have never been attracted to me. Girls gave their affection, and sex and love to other men but never to me…You girls have never been attracted to me. I don’t know why you girls aren’t attracted to me, but I will punish you all for it. It’s an injustice, a crime… You will finally see that I am in truth the superior one. The true alpha male. (laughs) Yes. After I’ve annihilated every single girl in the sorority house, I will take to the streets of Isla Vista and slay every single person I see there. Well now I will be a god compared to you. You will all be animals. You are animals and I will slaughter you like animals. And I will be a god. If I can’t have you, girls, I will destroy you.“

It’s like he tried to put the entire blame of his wretchedness on the opposite sex and also on men who in his view were more attractive to women. Talking about wretchedness. Was he wretched and ‘deprived’ at all as he claims in his videos?His father, an assistant director on “The Hunger Games” bought him a black BMW 328i, worth about $40,000, regularly flew him wherever he wanted to go first class on Virgin Airlines, and paid for him to attend a “private” Katy Perry concert. Yet Rodger still posted videos online complaining about how ‘deprived ‘and ‘unfair’ his life was. Sad that he did not have any sense of gratitude for how privileged he was. It really is pathetic the frame of mind he was in since strangely enough the only thing that did not occur to him was to have a little more self esteem. It did not occur to him that maybe the reason of women distancing from him, in the first place was because of his own pettiness.

Elliot Rodger was reportedly involved with the online ‘men’s rights movement’ and said to have been following several men’s rights channels ( If only the Men’s Rights Movement was actually a movement for men’s rights and not for bashing and abusing women). The language Rodger used in his videos against women like referring to himself as an ‘alpha male’ is common rhetoric in such circles. The MRM is in direct conflict with Feminism (This became apparent when some of the MRM activists had hounded my blog after I wrote – Does the F Word Scare You?) The conflict stems from the basic tenet that Feminism propounds namely that a woman has the right to say NO. A man can never be entitled to a woman unless she has her consent. Misogynists are not loners. They are not created in isolation. They are products of a society which instead of providing solutions reinforces the patriarchal stereotypes even more. In Rodgers’ case the MRM activists have played a pathetic role and have now very conveniently distanced themselves from the massacre.

Elliot Rodgers was a victim of mental illness but that illness could have been cured. What was more dangerous and what could ultimately not be cured here was the social malaise that created him. Rodgers was envy writ large. The envy inside him killed him, that too in a manner where not many people will sympathize with him even after his death. In fact people will abhor him. H killed 6 innocent people. Hence destroyed 6 families.  His attitude is a a symptom of a culture, a society gone terribly wrong. A culture that condemns a woman to be a ‘slut’ , a ‘bitch’ if she turns down the advances of a man. A culture that gives a sense of entitlement to men like Rodger which is sickening. A culture that propagates that women owe men something. A culture that forces men to be defined by the number of sexual relationships they have had and a culture where not treating women with respect is okay. It shocks me to think that a 22 year old had lost all hope. If only he had realized in time that if he focused properly on himself, developing interests, and skills, and pursuing career ambitions, he would feel content with himself. He would have been comfortable in his own skin and would have not felt the need to be defined by a woman. After all one does not need to get into a girl’s pants to prove he is a man. All he needs is a little self worth which helps him to ‘not’ feel emasculated even if he doesn’t have women in his life and to ‘not’ be threatened if he has a woman in his life. How difficult is that to sink in?

I’d also like to add here that right after the homicide, Twitter started trending the hash tag  #YesAllWomen and some of the reactions , especially the ones coming from MRM forums are abominable as the crime itself.

This kind of  reaction, a backlash happens when there exists in society some male voices that demand the female voices to be silenced. The voices that expects from women a , “look pretty and shut up” sort of an attitude. The voices that belong to a society where ,”I have  a boyfriend” somehow becomes more revered and respected than ‘”Don’t touch me.” A society where in the inside space of a club , men are expected to put their hands on women and women because of wearing makeup and dresses , are expected to feel flattered. A society that teaches how to not get raped than to not rape in the first place. All this makes me question that isn’t this a crime driven by a socially provoked mental state? Are we really that progressive a society or oppressed as ever, just shrouded behind Instagram filters and false shows of equality. I feel one would be foolish to think that gender equality exists and even bigger a fool to think that feminism is not as vital as it was a century ago. If we are unable to cater to the misogynist mindsets even after a case like Elliot Rodgers, then be prepared to face ‘murderphiles’ and hate crimes commited by them being reported in every part of the world in the near future. The only difference will be in the use of acids, knives and machetes instead of guns. Will hold true from the part of the world I come from.

P.S – Any MRM activist who wants to comment on my post is welcome ONLY if you can produce a rational argument. Abuse in any form will only make sure that your comment is shown its way to the spam folder!