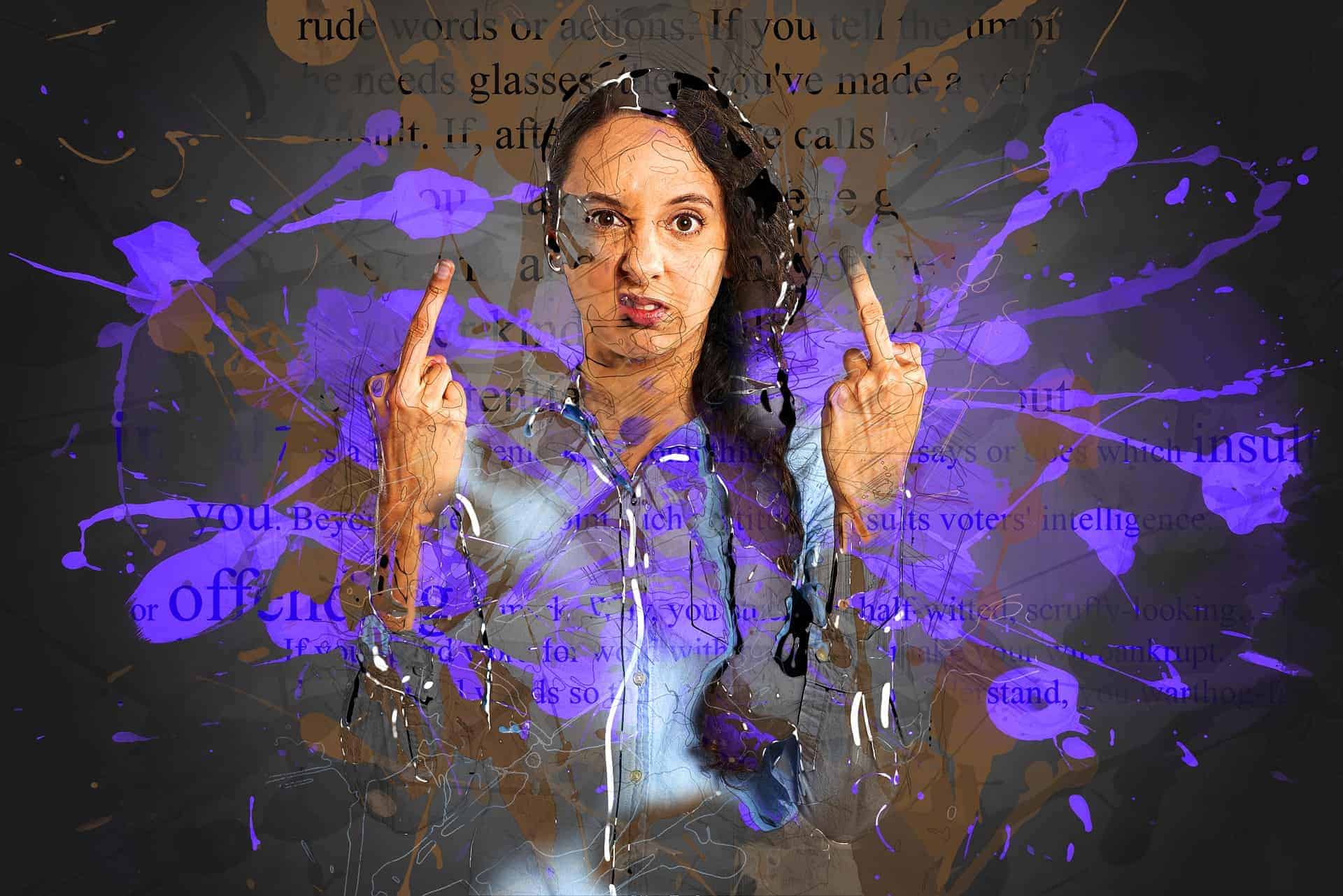 Taking offence has now become the new ‘normal.’ People across the globe are now taking offence at the drop of a hat. It’s spreading like a fatal disease and is gradually becoming an epidemic. What is wrong with all of us ? Were we always like this but expressing offence right now (all thanks to a hundred outlets on the web) or do the times we live in are bad times ? My answer will be BOTH.

The human race has always been sensitive. Sometimes for its own good, sometimes for the better of others and sometimes (sadly) for the worse.  People were offended then and people are being offended now. The only difference is that in ancient times word of mouth was the only way to express oneself. Today a lot of us have our own unique spot in cyberspace. More outlets , more voices – some are genuine voices and the majority are just misinformed beings. Anonymous people with loud offended voices.

I see people going cuckoo on the internet for quite some time now. Social media has given us a platform to voice out our opinions and that is a good thing. But it has also created  a whole army of completely misinformed and mislead loons. When a certain topic trends on Twitter or on Facebook , i see a thousand faces venting out their voice under those hashtags. Now it would have been a good thing had those people actually been informed . I mean sure have a voice and express your ‘informed’ opinion but make sure it counts into something productive. Else, no point at all. Sadly they’re not informed. They’re misguided. It’s more of a ‘booking my spot under the hashtag’ kind of a thing.

Expressing yourself on issues that won’t even affect you or commenting about people you won’t even meet is irrelevant. I mean there are a thousand better thing to do. As for people who’re a part of your daily life and issues that concern you, here’s an advice – You don’t like things around you – try changing them by taking an initiative that’ll help people. Else, just change yourself. No amount of abuse and moral filth via your tweets or Facebook statues is going to be of any good, neither to yourself nor to others. You don’t like something that somebody did or said – either bring about a change or  ignore it.

Now let’s come to the second question i raised before – Are we living in bad times ? I’d say there could have not been a better time to live. We’re a damn lucky generation for we have seen the world changing , progressing and transforming. The luxuries of yesterday are the necessities of today and we have them all. We have witnessed the IT revolution and have seen a massive revolution take on the world in the last ten- fifteen years. The only thing missing  (and sadly so) is our attitude to discriminate people other than our own . In short people who are ‘different’ from us. Every time a person has a ‘different’ point of view on matters relating to religion, politics, and gender (Trust me people get offended by these subjects all the time), the majority seem to gang up on the ‘different’ individual.

In India, we’re currently divided on the ‘Tolerance Debate.’ Some of us feel that we’re becoming more intolerant while others feel we’re still quite a tolerant nation. It’s okay to be on either side of the debate as long as we have our valid reasons. It’s also okay to disagree. But to impose our point of view on others is not being tolerant. Tolerance does not teach us to agree to everything others have to say. It teaches us to allow people different from ourselves to have their space to voice their point of view. That’s all.

One very important thing that needs to realized is that more than 50% of the world still does not have access to the internet so let’s just think beyond social media on relevant issues. Not every voice that takes offence is relevant. Don’t let the trolls bother you. The world will not remember them hundred years from now. They’ll be mocked. Actually they’re mocked even today. People who’ll contribute towards humanity will be remembered. Be a part of the contributors and not the ones who hold the human race back. Had bright men and women from the previous generations allowed the trolls (they were always there, now they’re just loud and abusive on the internet) to distract them , the world would still be sitting in the dark ages.

Have a voice and contribute to people who need to be uplifted. Have a voice for your own self and learn to stand up for yourself. Have a voice against the fear and the hate that the world tries to instill in us. Don’t bother at what others have to say because you really don’t need to shout out loud at every little thing that happens around and is of little importance. Don’t be a part of the rat race because even if you win it , you’ll still be a rat . Did that offend you ?