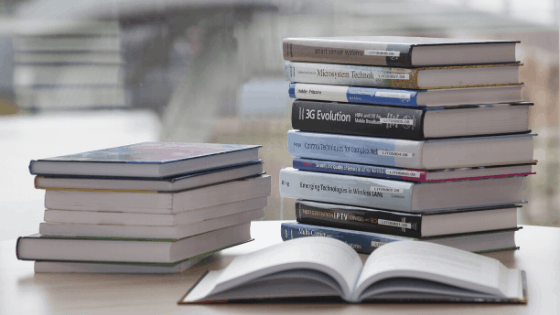 English Literature is an extremely interesting and thought provoking optional. It brings readers close to the narrative, helps them deconstruct it well and form opinions. For an aspirant with a background in literature, the recommended sources will be known. In fact, many of them will be a part of the curriculum during graduation or masters. However, for a first timer, this can be a tricky aspect. The first step towards preparation is to get acquainted with the prescribed syllabus. The second is to gather all the books and study material in order to get started. This is where the current post will help you, especially if you’re a newbie to the subject.

The syllabus consists of two papers, designed to test a first-hand and critical reading of texts prescribed from the following periods in English Leterature : Paper I : 1600-1900 and Paper II : 1900-1990.

There will be two compulsory questions in each paper : a) A short-notes question related to the topics for general study, and b) A critical analysis of UNSEEN passages both in prose and verse.

Answers must be written in English.

Texts for detailed study are listed below. Candidates will also be required to show adequate knowledge of the following topics and movements :

The Renaissance : Elizabethan and Jacobean Drama; Metaphysical Poetry; The Epic and the Mock-epic; Neo-classicism; Satire; The Romantic Movement; The Rise of the Novel; The Victorian Age.

*  On his Mistress going to bed;

4. Alexander Pope. The Rape of the Lock.

*  Ode on Intimations of Immortality.

*  She dwelt among untrodden ways.

*  Milton, thou shouldst be living at this hour.

5. George Eliot. The Mill on the Floss.

6. Thomas Hardy. Tess of the d’Urbervilles.

Answers must be written in English.

Texts for detailed study are listed below. Candidates will also be required to show adequate knowledge of the following topics and movements :

*  A Prayer for my daughter.

*  The Love Song of J.Alfred Prufrock

*  Lay your sleeping head, my love

*  The Shield of Achilles

4. John Osborne : Look Back in Anger.

*  Looking for a Causim on a Swing

*  Of Mothers, among other Things

*  Samll-Scale Reflections on a Great House

2. James Joyce. Portrait of the Artist as a Young Man.

Each and every text prescribed in the syllabus for poetry, drama and fiction should be purchased by the aspirant. If you’re unwilling to buy , search for them online or get a membership of your campus library to issue the books.

I would highly recommend to all the first time aspirants of English Literature to get a membership of the nearest campus library (preferably university). If the institute does not allow you to get membership, ask your friends who might be a part of the campus to help you with issuing the books. Make notes out of the books and return them in time.